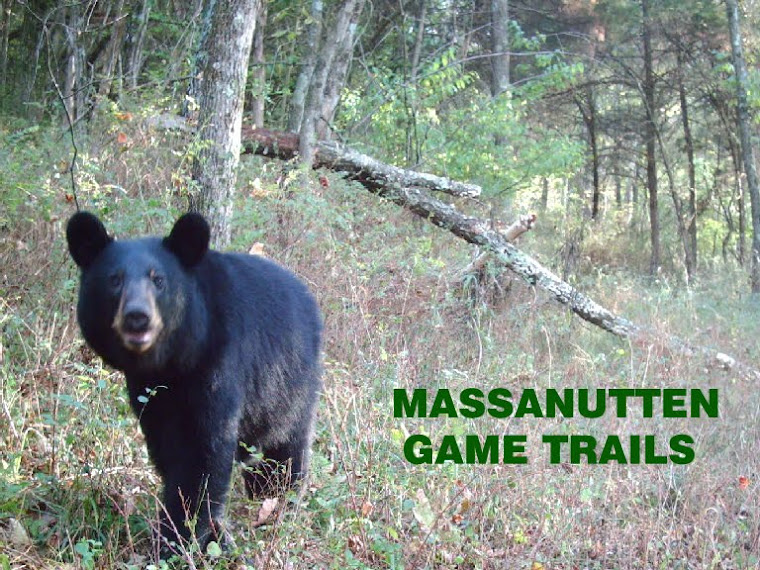 Got this beautiful Red Fox on camera two days in a row. I have a tree stand to the east of this camera trap and saw this fox regularly during hunting season. Usually only saw it at dusk or dawn. 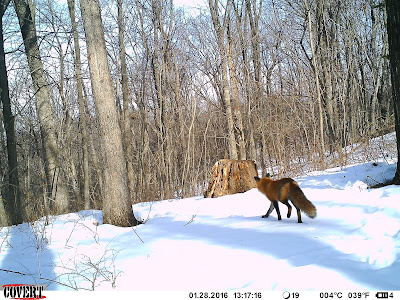 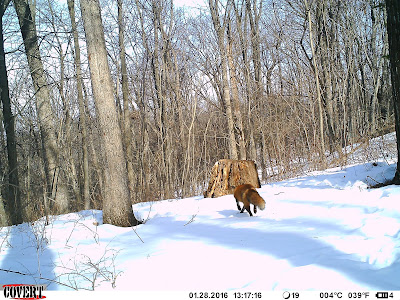 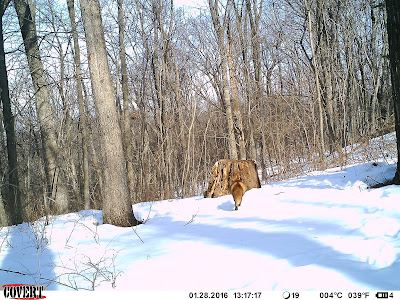 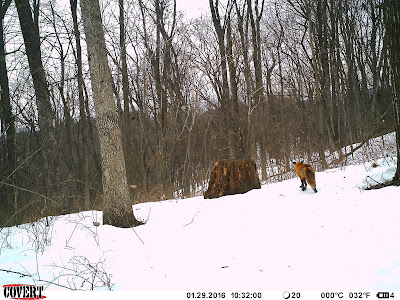 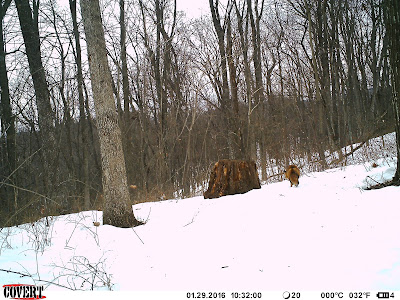 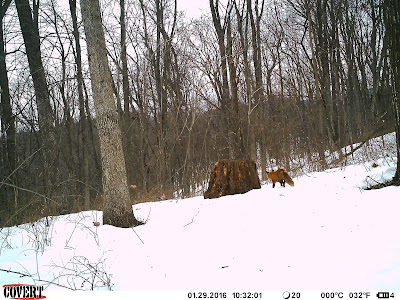 Finally got out to check my cameras after the big snow storm a couple of weeks ago and I got some good pics. I'll start out with some from the storm.

It started snowing the afternoon of 1/22. By dusk we had around 6" on the ground and there was a lot of deer movement. 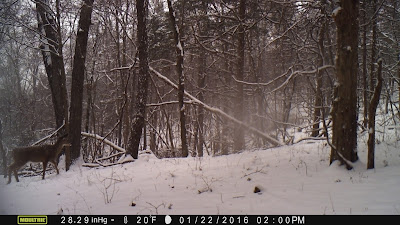 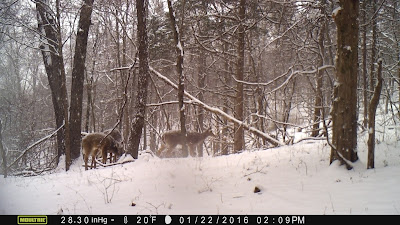 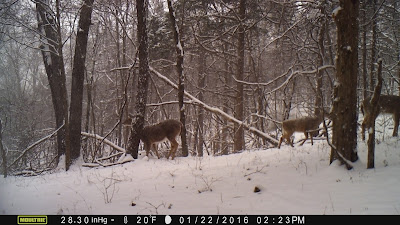 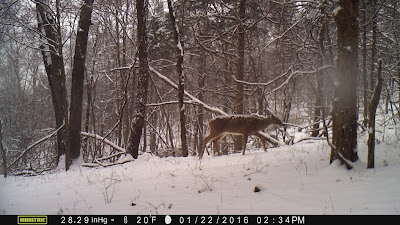 That night the storm really raged as you can see from the pics. Deer movement continued until around midnight and then I didn't get any deer pics here until two days later. During bad storms like this one the deer will move into the dense cedar thickets and hold up. By morning we had around 18" of snow on the ground. By the afternoon of the 23rd we had around 22" total for the storm. 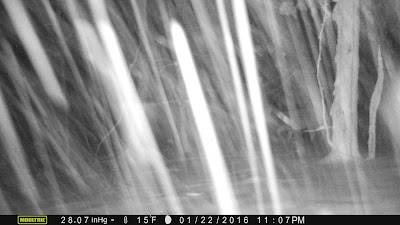 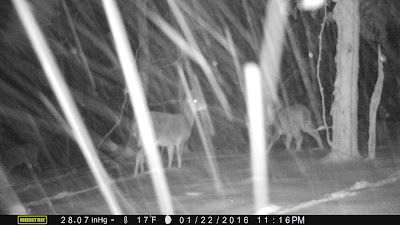 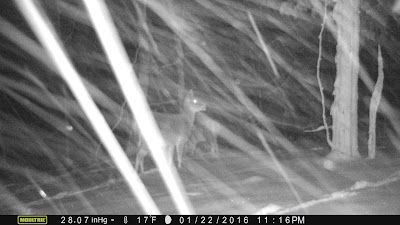 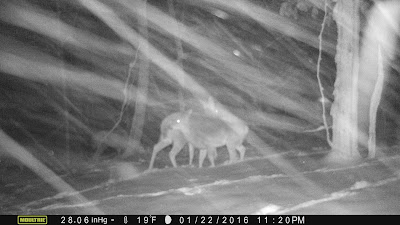 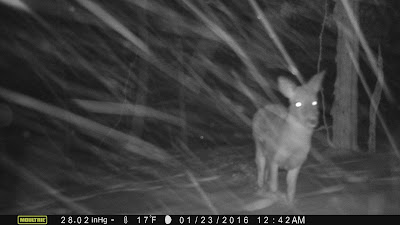 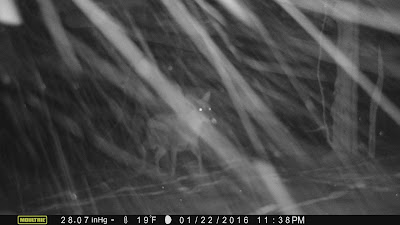 Sunshine finally on the 24th. Snow falling from the trees triggered the camera. I got some nice shots of a beautiful red fox I'll post later. 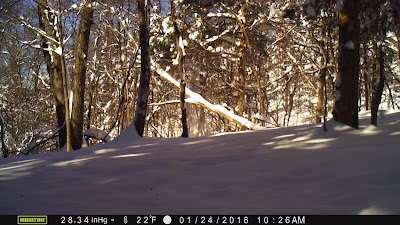 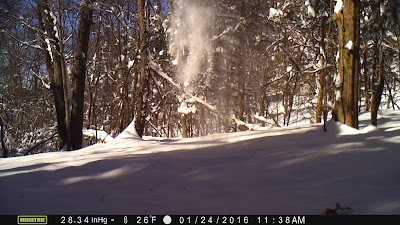 We lucked out and only got 22". Lot of folks further north in the valley got over 30". Hopefully we got some good trailcam pics during the storm. Be at least next weekend before I can check the cameras. 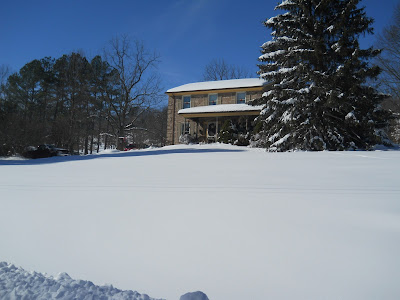 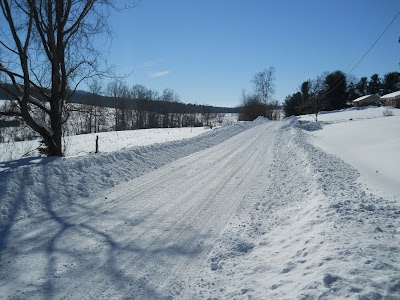 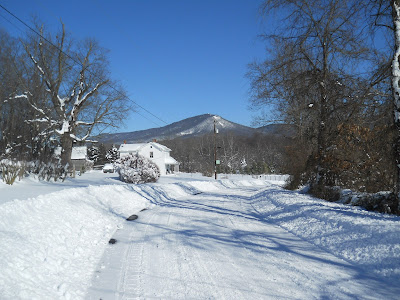 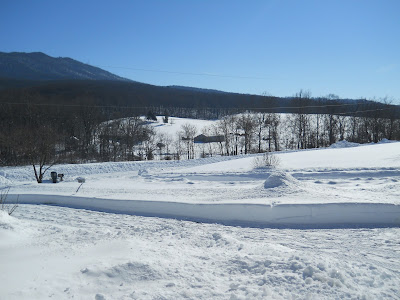 Email ThisBlogThis!Share to TwitterShare to FacebookShare to Pinterest
Labels: Snow

Looks like I'm pretty much in the middle of the bulls eye. Got plenty of food, drinks, and firewood. All the snow removal equipment is fueled up, chained up, and ready to go. Looks like I'm ready to ride it out until the sun comes back out on Sunday. 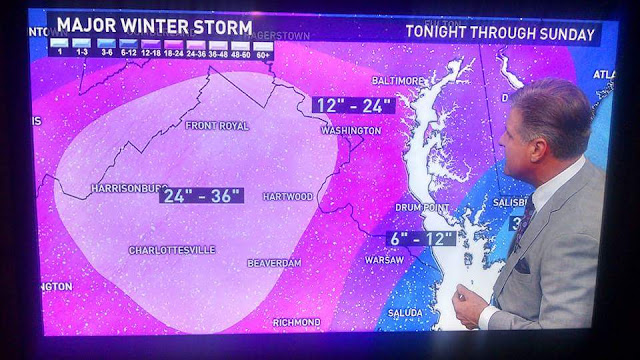 It's also probably not good when Al Roker mentions you in his weather forecast. LOL!!! 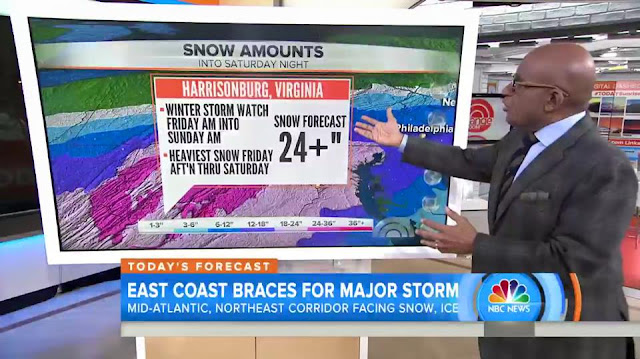 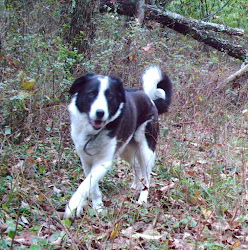